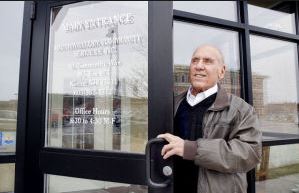 Bill Marcello, 68, of Keene, NH, died August 19, 2014 at the Brigham and Women’s Hospital in Boston from HLH, a rare immune disease, and lymphoma. His wife, Shirley, was by his side.

He was born in Portsmouth, NH, September 9, 1945, the son of John and Raffeala (Paola) Marcello. After graduating from Portsmouth High School, he attended Keene State College and continued to make Keene his home for 50 years.

Mr. Marcello was authentic, a man of honor and integrity. He led his life with intention and found purpose in helping others. As a devoted family man he was a husband, a father and a proud “Grampy Chief” to his grandchildren. His family was his happiness.

He also treasured his lasting relationships with close childhood buddies, longtime co-workers and the many friends he created through his vast and valued “network”.

As CEO of Southwestern Community Services, his life’s mission was to bring dignity to people’s lives and to the community. The “SCS Nation” was his work family. He established equal partnership with others throughout the agency. He would often say, “You’re only as good as your army”. Together they created a grand network advocating for the people.

Bill’s love of his family and for his work was rivaled only by his passion for the music of Aretha Franklin, the Boston Red Sox, the New England Patriots and spending summers soaking up the sun on his beloved beach in Rye, NH. During the summer, if he wasn’t on the beach, he was on the tennis court with anyone that dared tried to return his serve. Bill was always up for a good time, especially when that meant cooking up any one of his renowned specialties for close family and friends. Anyone that enjoyed a second helping of Bill’s pasta sauce, an extra slice of his homemade pizza, one-too-many of his famous meatballs, or a few heaping spoonfuls of his hot-pepper salad, were never the same.

Survivors include his wife, Shirley Marcello; his son, Judd Marcello and his wife, Julie, of London, England who are expecting their first child in January; his daughter, Jessica Robbins and her husband, Zac, of Las Vegas, along with their two children, Zoey Rae and Zachary; his Aunt Rose; several cousins, nieces, nephews and other extended family.

There will be a memorial celebration at a later date. Please join us in celebrating a life fulfilled. He will be missed.