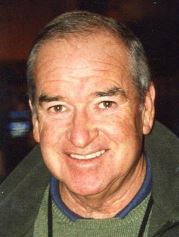 Born in Manchester, NH, on March 3, 1949, he was the son of William and Helen Rita (Healy) Moul. He was a lifelong resident of the Queen City and spent summers at Hampton Beach.

Brian earned a Bachelor of Science in education from Keene State College, where he was a member of the TKE Fraternity.

Until his retirement, he was a history teacher at Parkside Middle School, for thirty-five years.

Brian was a member of the Manchester Education Association as well as A.A. for twenty-four years. He was one of the founding members of the Ancient Order of Hibernians and served on the board of directors with Serenity Place.

Brian was an avid New York Yankees and New York Giants fan. He was fond of his chocolate labs, “”Murphy Brown”” and “”Dempsey””. Brian was a deeply loyal, generous, and loving man to his family and friends. He will be missed by all who knew him.