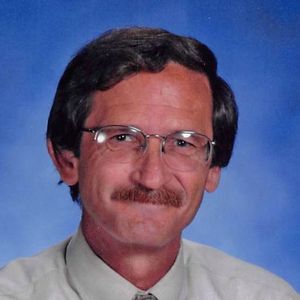 Gerard D. “Jay” Mousseau, 63, of Hooksett, NH passed away peacefully with family and friends by his side on October 5, 2020 after a period of declining health.

He was born in Manchester, the son of the late Gerard and Elizabeth (Currie) Mousseau. He graduated from Manchester Memorial High School in 1974 and earned his bachelor’s degree from Keene State College in 1978. He was a member of the Tau Kappa Epsilon (TKE) Fraternity and served as Hegemon in 1976-77 and the following year as Prytanis of the Lambda-Sigma Chapter at Keene State College.

Prior to his retirement Jay was employed by the Hudson School District as a 6th grade science teacher for 36 years. He was much loved and respected by both his colleagues and students. Jay was a dedicated educator with his proudest moments coaching the boys and girls basketball teams, girls softball team, intramural flag football, and chaperoning the annual 8th grade field trip to Washington, DC. During the course of his distinguished career, he was honored by the Biltmore Who’s Who in 2011 which recognized him for demonstrating leadership and achievement in his profession. He was also a recipient of the Veterans of Foreign Wars 2014 Loyalty Day Award.

Jay enjoyed playing golf at the Londonderry Country Club, spending time boating on Lake Winnipesaukee with family and friends, enjoying many summer days at Rye Beach and looked forward to spending his spring breaks in Sarasota, Florida. He was an avid fan of the New England sports teams and a crossword puzzle enthusiast. Jay will be remembered by all who knew him for his endless sense of humor and quick wit.

There are no public calling hours. Urn burial in St. Joseph Cemetery, Bedford, will be private at the family’s convenience. There will be a public celebration of Jay’s life at a later date.

Memorial donations may be made in Jay’s memory to the American Red Cross (American Red Cross Donate) and/or The Community Center, 12 Lions Ave, Hudson, NH 03051. Checks made payable to Town of Hudson, referencing in the check memo section “Jay Mousseau Youth Sports”.