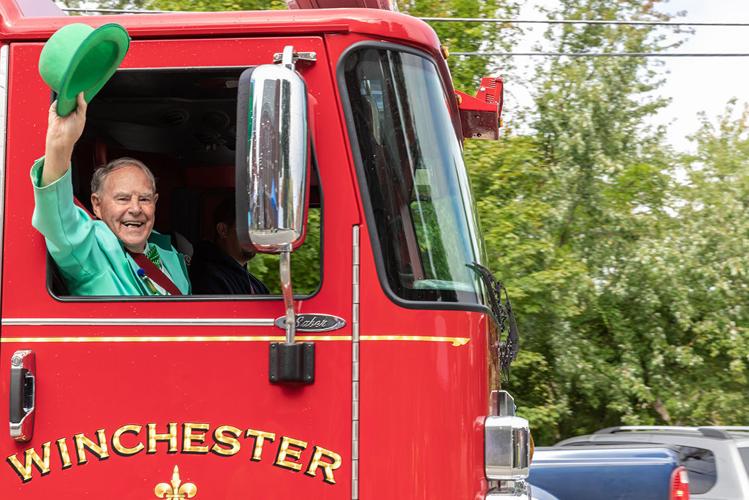 N.H. Rep. Jennifer Rhodes memorialized former Rep. Henry Parkhurst of Winchester in remarks before the House on Wednesday, saying he was “the man, the myth, the legend” who represented his town from 2002 through 2020 and was known as “Mr. Pickle” for his yearly presence at the Winchester Pickle Festival.

He was a schoolteacher by profession, Rhodes, R-Winchester, said, speaking in the House’s first session of the year.

She added that Parkhurst served in the U.S. Coast Guard, as a local school-district moderator, a committee chairman for the Winchester Cemetery Board of Trustees, and on the Winchester Community Center’s Board of Incorporators, as well as oversaw the town’s Boston Cane and was a swim instructor.

“Winchester has an annual pickle fest that has been running for 25 years,” Rhodes told her fellow legislators. “… Henry was crowned ‘Mr. Pickle’ and is the only person to hold said title.”

Debra Gay previously told The Sentinel she and Gary O’Neal created the pickle festival in 1998, and in their planning for the inaugural event, they sought to have a master of ceremonies named Mr. Pickle, represented by someone in the Winchester community.

“Henry was the only name that came to our minds,” Gay said. “Not only did everyone in town know him, but he had a theatrical nature and a booming voice. He may be the only one we could have convinced to wear a green leisure suit.”