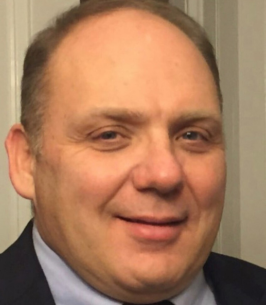 Paul passed on to his heavenly home on December 21, 2022. Born on November 24, 1967 in Washington D.C., Paul was the son of Richard and Linda Soper. Paul received his bachelor degree in Business Administration from the University of Southern Maine. Later he went on to earn his masters degree from Southern New Hampshire University. Paul was employed by Labcorp where he was an IT Project Management Director for the last seven years. Prior to Labcorp, he was employed by IDEXX Laboratories.

Paul was a long time resident of Wells, Maine. He was married to his loving wife Heidi for 24 years whom he met in college and began dating in 1989. Paul is Heidi’s one true love and very best friend. They were inseparable and loved spending all their time together. Paul has two children. His loving daughter Roslyn was so precious to him. He loved to hear all her stories of the adventures she experienced. He would light up when her name was even mentioned. His son Grant was not only a son, but a best friend. Hours of hockey rink time was spent together. Paul was so proud of his son, filled with pride every time Grant’s name was mentioned. Paul was a loving, kind, compassionate, gentle soul. He always had a kind word to say about everyone. Paul enjoyed hockey and was a coach for 10 years. He also enjoyed coaching little league in his son’s earlier years.

In the summer, Paul could be found in Wayne, Maine at the family camp boating, fishing, and enjoying family time. Those memories are precious and will forever be in the hearts of Heidi, Roslyn, and Grant. Paul was a baptized Christian for 24 years. He attended the Kittery Church of Christ and taught Bible class when his children were young. He loved the Lord with all his heart and always strived to be the very best example to others.