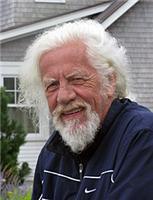 RYE – William B. Gardner, 66, of Rye, died peacefully Sunday, April 19, 2015, at his home. He was born Dec. 31, 1948, in Manchester, a son of the late John and Alvis (Wheeler) Gardner. Raised in Manchester, he graduated from Manchester High School Central with the Class of 1967. After graduation, he went on to attended and graduate from Keene State College with the Class of 1971. William was a career bartender throughout the Seacoast area, spending the majority of the time bartending at the former Stockpot restaurant that became the Riverhouse in Portsmouth, where he retired from just this past year. Bill enjoyed painting, woodworking and spending time with his family. He will always be remembered for his great sense of humor and dedication to his family and friends. Family members include his sister, Jean Lubelczyk, of Manchester, and several loving nieces, nephews and many dear friends. In addition to his parents, he was predeceased by his brother, John Gardner Jr., and sisters, Shirley Voliotis, Patricia McKee and Diane Brewer. – See more at: William B. Gardner